For the past few days I was lucky enough to attend the Microsoft Ignite conference in Chicago to hear about all the new stuff coming from Microsoft and I have to tell you, it’s pretty exciting. 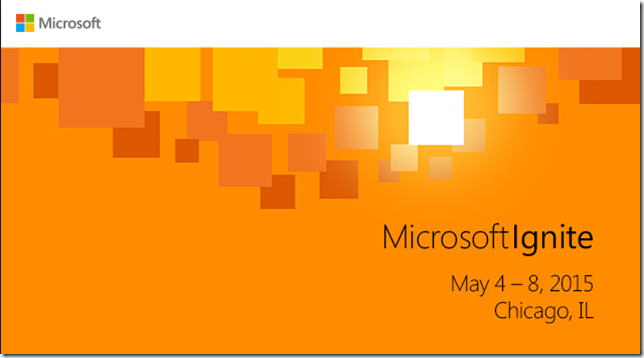 The conference itself was massive, over 23,000 attendees as a result of merging Tech Ed, Microsoft Management Summit, the SharePoint Conference, Project Conference, Exchange Conference and Lync Conferences together. If I had to think about it, I would say it was a little too big and Project looked to suffer for it, but their was some great content.

The keynote was massive, but seemed a little disjointed. Talking to a number of people, it felt as if all the good stuff had been announced earlier or at Build the week before. Ignoring that though, there was some great demo’s from Julia White and my ex-colleague Ben Walters. The highlight had to be Gurdeep Pall (sorry Ben) , who was funny and engaging. 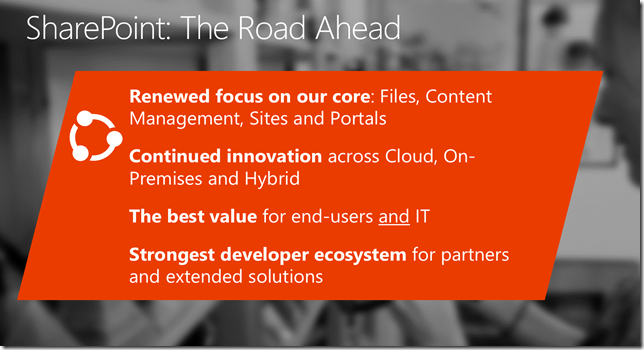 This conference was to be the coming out party for SharePoint 2016, and whilst it’s still early days for the on-premises product, there were some key announcements, including:

I’ve heard about the merging for a while now for Project Online and it’s a pretty impressive achievement. When a PWA instance was first created, Project Online used to provision a Project DB per tenant. So if there were 100’s of tenants, there would be 100s of databases, all needing to be managed, maintained etc. driving up the cost of goods sold (COGS). Now between going live and early 2014, the Project team managed to consolidate all these databases and fold them into the SharePoint Content DB’s without a single incident or impact on availability. A massive achievement for the team at Project.

From a Project perspective, there were a couple of great sessions where with demo’s and announcements of new capabilities including the new multiple timeline support for Project Pro and the new Resource Engagements capability, both of which I will cover in a bit more detail in other posts. 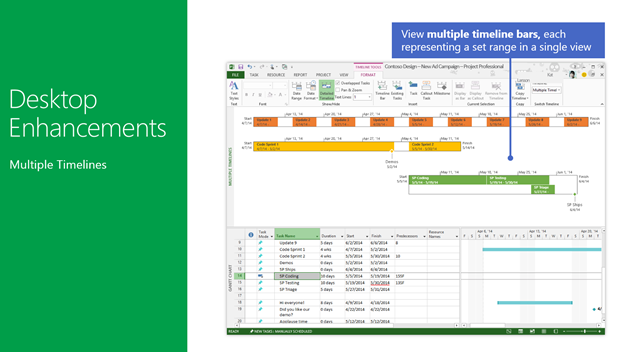 Finally, there was an interesting session on Project Online Customisation Best Practices, which gave some great insights into how to performance tune Project Central, although I am not sure I agree that taking the web parts off the page or removing indicators is the way to go. 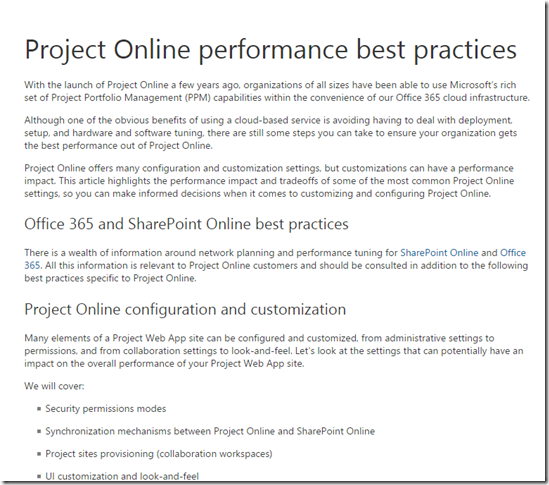 The session was timed to highlight a great new whitepaper published by Microsoft on the subject of Project Online Perf, covering:

You can read more of the white paper at https://support.office.com/en-us/article/Project-Online-performance-best-practices-12ba0ebd-c616-42e5-b9b6-cad570e8409c?ui=en-US&rs=en-US&ad=US&fromAR=1** **or at http://aka.ms/projectonlineperf

All in all Ignite was really big, full of sessions and it’s going to take me a few days physically to get over it, but it was great to catch up with old friends, make new ones and learn. I am looking forward to Ignite 2016!